The Pittsburgh Civic Orchestra's 2013-2014 season is a joyous exploration of music from around the world. Pittsburgh is fascinating for its ethnic neighborhoods and many Pittsburghers take great pride in maintaining the traditions of their family's homeland.

In October, PCO is showcasing music from the vibrant cultures of Latin America. The program will feature the voices of the Coro Latinoamericano as well as Carlos Chavez's rhythmically exciting "Sinfonia India."

The October concert will also mark the first orchestral performance of Bulgarian music in Pittsburgh history! (At least, as far as we know). We will play the "Vardar Rhapsody," written by Bulgaria's beloved composer, Pantscho Vladigerov. In addition, a brand new work for accordion and orchestra written and performed by the virtuoso Vladimir Mollov will blend elements of Bulgarian folk music with Vlado's astonishing technique and personal style. 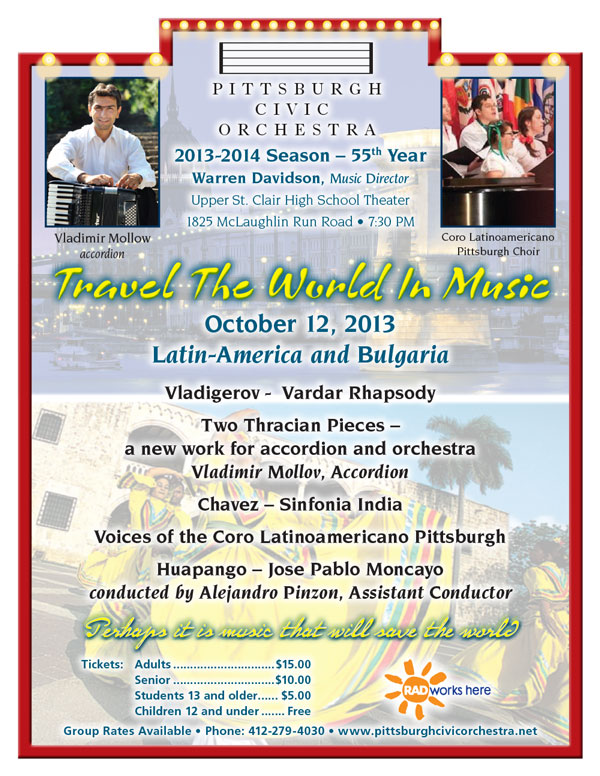